written by Ema Taylor ,August 5, 2021 Image: Dom Aguiar Plant medicines have played a pivotal role in health care and beauty rituals around the world. Weaving traditional plant wisdom into your daily beauty routine through the food you enjoy or products you choose to apply topically can help to naturally boost your health from… 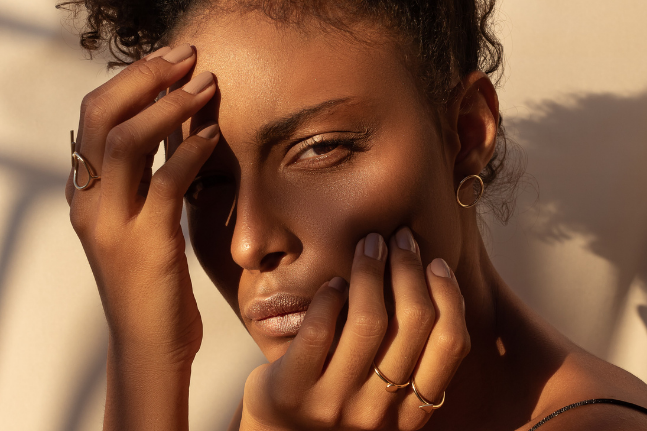 Plant medicines have played a pivotal role in health care and beauty rituals around the world. Weaving traditional plant wisdom into your daily beauty routine through the food you enjoy or products you choose to apply topically can help to naturally boost your health from the inside out.

Many cultures have traditional beauty rituals, some of which have been revered for thousands of years. In modern times, a number of these rituals can be found in combination or stand-alone as beauty secrets held by women and men all around the world. Backed by contemporary research, beauty benefits long recognised and shared by indigenous cultures can be derived from Kakadu plum, açaí berries, matcha, cacao, argan oil and turmeric. These six powerful plants should be staples in your pantry or beauty bag because, after all, radiant beauty begins on the inside.

Kakadu plum, which is also known as gubinge or by its botanical name Terminalia ferdinandiana, is one of northern Australia’s most valued native bush foods. Kakadu plum has exceptional nutritional and medicinal properties and has been an important food and medicine in northern Australia for millennia, where it is considered a star superfood from the Dreamtime.

Kakadu plum is best eaten ripe from the tree or made into a juice or jam. It can also be found widely in a dried powder form, which can be added to smoothies and desserts or on top of yoghurt or fruit.

Kakadu plum is the richest food source of vitamin C in the world; reported to have 900 times higher vitamin C level per gram of fruit than blueberries and a 100 times higher vitamin C content than oranges. Vitamin C is a cofactor for collagen synthesis, which helps fight premature ageing and wrinkle formation. Vitamin C has also been shown to help protect the skin against UV damage, encourage wound healing and minimise scar formation.

Kakadu plum additionally has high levels of phenolic and anthocyanin compounds. These antioxidants have been associated with the prevention of cancer, cardiovascular disease and neurological degenerative disorders. They are also linked with anti-diabetic bioactivities and have been associated with the reduction of obesity. Antioxidants can directly scavenge free radicals, protecting cells against oxidative stress-related damage to proteins, lipids and nucleic acids, which reduces the progression of ageing.

Açaí berries are a grape-like fruit harvested from the açaí palm tree, which is native to Central and South American rainforests. Açaí palm trees have sustained traditional Brazilian and Amazonian populations, including the Caboclo tribe, for hundreds of years. The berry is soaked to soften the tough outer skin and then mashed into a paste to enjoy fresh or frozen for later use.

Turmeric paste is applied by women in some parts of India to remove excess body hair.

Around the world açaí is a much-loved superfood ingredient in smoothie or breakfast bowls, topped with granola and fruit. Açaí can also be found in face masks, moisturisers and collagen-promoting powders.

Like most of these super-beauty foods, açaí is rich in antioxidants. One standout is the antioxidant anthocyanins, which are estimated to be 10 times higher in açaí compared to red grapes and 10 to 30 times higher than those in red wine. Anthocyanins possess anti-diabetic, anticancer, anti-inflammatory, antimicrobial, cardioprotective and anti-obesity activity.

Rich in skin-loving vitamins A, C and E

Matcha is a powdered form of green tea that is produced from shade-grown tea leaves that are briefly steamed after harvesting and then ground into a powder.

Matcha’s first use dates back thousands of years to China. Visiting Buddhist monks then introduced matcha to Japan where it evolved into a traditional ceremony that is still enjoyed today. The ceremony involves the preparation, serving and drinking of matcha as a hot tea and embodies a meditative spirituality.

Today matcha is available all over the world and is enjoyed as a tea, mixed with milk as a latte or added to desserts and healthy treats, and can be found in many beauty and anti-ageing products.

Matcha is a rich source of chlorophyll, which is a pigment in plants that creates the striking green colour. Chlorophyll has anti-inflammatory and antibacterial actions that may help in the treatment of acne and skin inflammation. Additionally, chlorophyll has been shown to improve facial wrinkles and skin elasticity.

Matcha contains high levels of antioxidants. These compounds are one of the body’s best defences against oxidative stress that causes premature ageing, metabolic disease, cancer, drug toxicity and degenerative disorders.

A number of studies have shown that epigallocatechin gallate (EGCG) and quercetin components that are contained in green tea in their pure form have an anticarcinogenic effect on both oestrogen receptor-positive and negative breast cancer cells.

A meta-analysis has shown the consumption of green tea is associated with decreased fasting glucose levels and A1C levels, as well as reduced fasting insulin levels, which are a measurement of diabetes health.

Insulin resistance is additionally a driver of polycystic ovarian syndrome, which may present with acne and hirsutism (male pattern hair growth on a woman’s face, chest and back). Stabilising insulin levels will therefore help mitigate these symptoms.

Cacao’s use as a medicine, delicacy and commodity dates back thousands of years to the Aztec and Mayan civilisations in Central and South America. Cacao’s genus name is Theobroma, which in Greek translates to “food of the gods”.

Cacao seeds are harvested from cacao pods, fermented, dried and prepared into a powder ready for consumption as chocolate, in hot drinks and desserts. Cacao can also be found in beauty products such as face masks and scrubs.

This much-loved plant has been backed by science as one of Mother Nature’s true superfoods due to the abundant nutritional and medicinal benefits it possesses.

Cacao is one of the highest plant-based sources of magnesium. This important mineral is fundamental for restful beauty sleep, a calm nervous system, stress adaptation and muscle recovery and is utilised in over 300 other biochemical processes in the body.

Cacao has been reported to have an antidepressant effect and have a positive impact on brain neurotransmitters. Cacao contains tryptophan, which is a precursor for the production of serotonin, one of our feel-good hormones, which assists feelings of wellbeing and encourages resilience to stress and anxiety. Some psychoactive ingredients have also been identified in cacao including caffeine, theobromine, tyramine, and phenylethylamine (PEA). PEA has a stimulant effect that leads to the release of biogenic amines, including dopamine (responsible for feeling pleasure) and serotonin.

Argan oil is native to Morocco and has been used for centuries in cooking, as a medicine and in beauty rituals. The argan nut is extracted from the fruit of the argan tree; it is dried and cracked revealing the kernel, which is then pressed releasing the oil.

When applied topically to the hair and scalp, vitamin E provides a fatty layer that can help mitigate dryness and reduce frizz.

Argan oil is an ingredient that can be found in many face oils and haircare products including shampoo, conditioners and hair treatments. In its purest form, argan oil can be applied all over your body and face as a moisturiser or to your hair and scalp as a treatment, a leave-in conditioning oil applied to the ends of your hair or as a serum to help smooth down frizz.

Research has shown that topical application of argan oil may reduce skin hyperpigmentation due to its high tocopherol and fatty acid component.

When applied topically to the hair and scalp, vitamin E provides a fatty layer that can help mitigate dryness and reduce frizz.

Turmeric has a very long history of medicinal use, dating back nearly 4000 years to the Vedic culture of India. In Southeast Asia, turmeric is used not only as a principal spice but also as a component in religious ceremonies. Modern medicine has begun to recognise this plant’s importance, evidenced by over 3000 publications that have come out within the last 25 years.

Turmeric can be enjoyed fresh or in its powdered form in both savoury and sweet dishes. Turmeric is also found in many beauty products such as face masks, cleansers, serums and sun creams.

Turmeric is a powerful antibacterial, antiviral, anti-inflammatory, antitumor, antioxidant, antiseptic, cardioprotective, hepatoprotective, nephroprotective, radioprotective and digestive. These incredible actions are due to the plant’s compounds, including curcumin, volatile oil and curcuminoids, which have been found to have potent pharmacological properties.

South Asian countries use turmeric as an antiseptic and antibacterial agent for cuts, burns and bruises. In Pakistan and Afghanistan, turmeric is used to cleanse wounds and stimulate their recovery by applying it on a piece of burnt cloth that is placed over a wound. Indians use turmeric, in addition to its Ayurvedic applications, to purify blood and remedy skin conditions.

Turmeric paste is applied by women in some parts of India to remove excess body hair.

Turmeric paste is applied to the skin of the bride and groom before marriage in some parts of India, Bangladesh and Pakistan, where it is believed to make the skin glow and keep harmful bacteria away from the body.

The active ingredient curcumin is responsible for turmeric’s powerful anti-inflammatory properties. It can be applied to skin directly as a cream or poultice, added abundantly to foods or taken in supplemental form to acquire the highest therapeutic dosage. 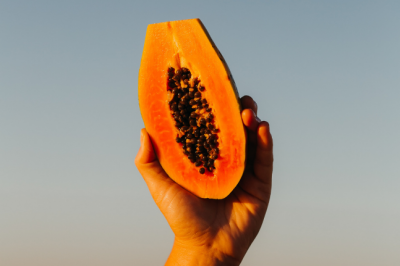 Vitamin A is a skin-loving, immune-system-boosting, reproductive-health-promoting and vision-improving vitamin that you do not want to be deficient in.

Vitamin A is a skin-loving, immune-system-boosting, reproductive-health-promoting and vision-improving vitamin that you do not want to be deficient in. 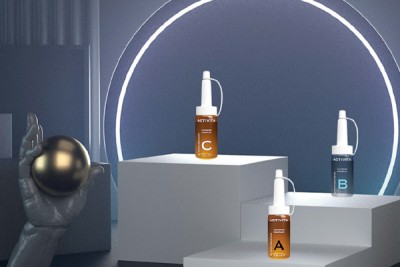 Being magazine chats with Chief Brand Officer of NO FACE, Andy Young, to learn about NO FACE’s scientifiic and nourishing…

How to dodge and block in Big Rumble Boxing: Creed Champions

Who are the cleaners in Back 4 Blood?

Look No Further, Here are the 5 Best Crypto Trading/Payment Apps You Need to Know About