by Patrick Day-Childs , posted 1 day ago / 721 ViewsHere in the UK July has seen record temperatures and it marks the start of the long, long six week summer holiday for school kids. If you’re struggling for ideas on keeping them quiet for more than five seconds be sure to check out my…

Here in the UK July has seen record temperatures and it marks the start of the long, long six week summer holiday for school kids. If you’re struggling for ideas on keeping them quiet for more than five seconds be sure to check out my summer games for kids article.

Now, enough plugging of my own work, here’s the weirdest stuff that’s been going on in the gaming world this month.

Nintendo isn’t exactly known for its gentle approach to piracy. In 2019 the company sued Matthew Storman, who owns a Romsite called RomUniverse. Nintendo won the court case and Storman’s eventual bill was a hefty $2.1 million.

Storman agreed to pay Nintendo in instalments of $50 a month, which means it would take him up to 3,525 years to repay the tech firm. But apparently Storman’s already skipping payments.

This prompted Nintendo’s lawyers to make the following statement:

“This failure to make even the modest $50/month payment, an amount he proposed and agreed to, demonstrates that Nintendo has no adequate remedy at law for Defendant’s past or future infringement and underscores the need for a permanent injunction.”

I’d usually stick up for the little guy, but Nintendo’s lawyers have a point here. Unfortunately for Nintendo its legal team failed to secure a permanent injunction because they were unable to prove the site had done irreparable damage to the gaming giant.

Last month we found a microscopic picture of Diddy Kong on a coin. This month we got this treat: 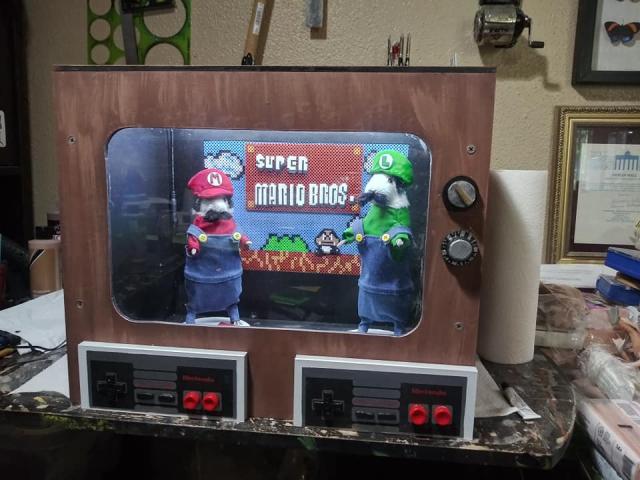 The… artist? Creator? Used frozen feeder animals (frozen animals you feed to larger animals as part of their diet) for the display.

I’ve never been a fan of taxidermy, but if you are then the artist runs a business called Random Creations by Red that you can check out.

Advertising is hard. Sometimes it can seem easy, like just chucking up a photo of a guy playing a PlayStation 5 onto PlayStation’s official Twitter feed. But it’s not that simple after all; in the picture in question the PlayStation 5 was actually upside down. Of course this was quickly spotted by fans and the advert was pulled pretty sharpish. 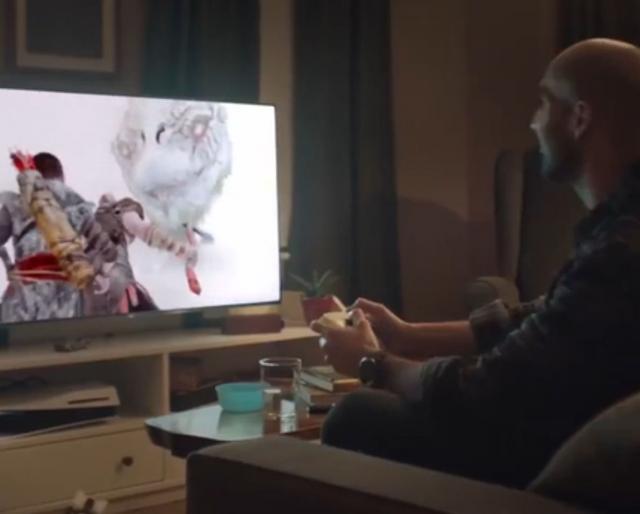 What’s particularly baffling about this is that it’s actually the second time an official PlayStation channel has featured an upside down PlayStation 5. Previously, Herman Hulst (head of PlayStation Studios) posted a video of his cat climbing on his TV, and in that picture his PlayStation 5 was upside down.

War Thunder is a free to play multiplayer tank game that boasts a good level of accuracy, which of course means that people argue over minor details to determine just how accurate the game is. One tank in War Thunder, the British Challenger 2, became part of a particularly hot forum debate, when one user pulled out his ace – leaked classified documents that include pictures of the tank.

This, naturally, sent the mods of the forum into panic mode, even more so when the MoD (Ministry of Defence) confirmed the documents were classified:

“We have written confirmation from MoD that this document remains classified. By continuing to disseminate it you are in violation of the Official Secrets Act as stated by the warning on the cover of the document, an offence which can carry up to a 14 year prison sentence if prosecuted. Of this you are already aware, as a service person you have signed a declaration that you understand the act and what actions it compels you to take. Every time you post this you place us (International representatives of Gaijin), especially any UK citizens, in hot water as the warning so helpfully states that unauthorised retention of a protected document is an offence.”

It’s made even more amusing by the fact that this is the wrong tank. And it’s the second time this has happened, as noted by another mod:

“Before any discussion, handling or bug reports are even made, proof of this documents declassification will be required as well as where it was sourced form. If it is declassified, it should be available to the public. Last time such a document was shared that was claimed to be “unclassified” it was in fact still classified and was confirmed that it should never have been shared. We make it very clear that we will not handle any source material unless it is publically available and fully declassified with the rights to prove that.”

And just to add fuel to the fire while we’re here, last month a classified MoD document was left at a bus stop. So I guess the moral of the story here is that tanks are cool… maybe?

At a recent anti-vax rally in London there was one particularly unexpected flag being paraded – the flag of L’Manburg, from Minecraft.

L’Manburg was an independent nation state within a Minecraft role-playing server. 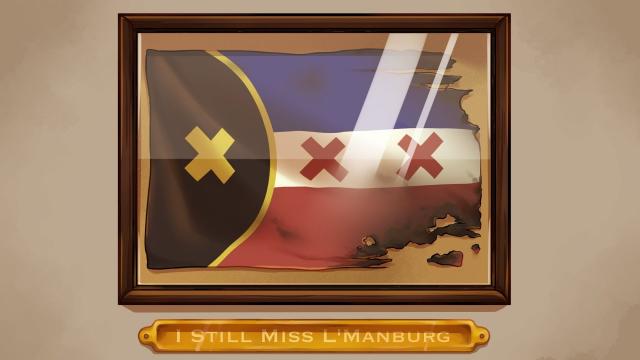 So how exactly did a L’Manburg flag end up at an anti-vax rally? The most obvious answers are: “For shits and giggles”, and “Because they’re a troll”. But if you google ‘freedom flag’ then the L’Manburg flag does in fact come up at the top of the search results, so perhaps that’s how it really came to feature at the rally.

That wraps up my favourite weird news pieces for the month. As always be sure to let us know in the comments if you spotted anything else worth mentioning in July. You can also read June’s Weird News here.

Researchers around the world are buzzing about a candidate superconductor

Social media users remind Muhyiddin of his dalliances with kleptocrats

How to unlock heroes in Marvel Future Revolution

Look No Further, Here are the 5 Best Crypto Trading/Payment Apps You Need to Know About