The mother of Iraqi-born journalist Farzad Bazoft, who was executed by Iraq after he was convicted of spying for Israel in 1990, said in a report published Sunday that she believes her son was lured into a trap by Iraqi authorities. Bazoft travelled to Iraq at the invitation of Saddam Hussein’s government to cover elections…

The mother of Iraqi-born journalist Farzad Bazoft, who was executed by Iraq after he was convicted of spying for Israel in 1990, said in a report published Sunday that she believes her son was lured into a trap by Iraqi authorities.

Bazoft travelled to Iraq at the invitation of Saddam Hussein’s government to cover elections in Kurdish areas, and while he was there also investigated reports of a large explosion at a military site near Baghdad at the end of 1989.

Bazoft’s mother, Nosrat, told the UK’s Observer, the newspaper that Bazoft was freelancing for at the time of his death, that she believed that he was lured to Iraq and that documents allegedly related to the UK’s arms trade with Saddam Hussein’s government were stolen from her son just days before the trip.

According to Nosrat, the theft showed that Iraqi spies were watching her son even before he departed the UK.

While in Baghdad, Bazoft was investigating reports that a blast at a nearby military site could have occurred during tests for chemical or nuclear weapons. He visited the site and took soil samples.

Just a few days later, Bazoft was arrested at Baghdad airport, and was jailed and accused of being a spy. He made a televised confession that he was working as an Israeli spy before later being hanged at the notorious Abu Ghraib prison.

In 2003, an Iraqi colonel who interrogated Bazoft told the Observer that he knew the reporter was innocent but that Hussein had personally ordered his death.

Bazoft’s mother said the documents stolen from him related to Hussein’s so-called “supergun.”

The supergun project, to build a weapon capable of launching projectiles into orbit, was led by Canadian inventor Gerald Bull for the Iraqi government with components made by the UK, Germany, France, Spain, Switzerland and Italy. (Bull was later assassinated in Brussels in 1990, in a hit blamed by some on Mossad due to Israeli fears a supergun could be used to launch nuclear weapons.) 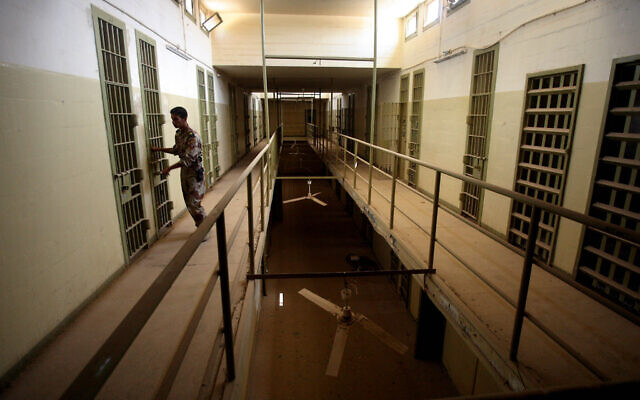 Illustrative — In this Sept. 2, 2006, file photo, an Iraqi army soldier closes the door of a cell, in Abu Ghraib prison on the outskirts of Baghdad, Iraq (AP Photo/Khalid Mohammed, File)

“Days before the flight, a friend’s car was broken into and Farzad’s Samsonite briefcases were stolen. The Samsonite briefcases contained his documents on the supergun, a story he told me he was working on,” Nosrat Bazoft told the Observer, adding that the car was located close to the newspaper’s offices.

“I think he was being spied on by Iraqi officials before the trip. I believe they were watching him,” she said, adding that the crime was never reported to police or the newspaper. 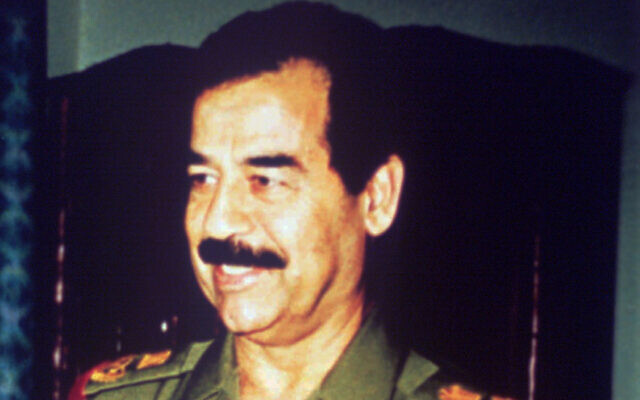 “Farzad was set up, absolutely. Saddam was doing terrible things to everyone and Farzad was investigating him. The intention was to trap him and that’s what happened. They took him there and they trapped him,” she said.

“I spoke to him just before he left; he called from the airport to say he was on his way. He sounded a bit anxious, not himself. It was like he wasn’t sure that he should be going,” she said.

The reporter’s editor at the time said that the paper was not aware that Bazoft was investigating the supergun, but that as a freelancer he may not have revealed all the stories he was working on.

Nosrat Bazoft said she warned her son that the investigation was dangerous.

“I told him: ‘You’re playing with a lion’s tail,’ which is a Persian saying. These are controversial things, you’re getting too involved. I told him that Iraq is a dangerous place, but he replied that ‘they’ve invited me,’” she said.

“But he was onto something – he wanted to expose the killing machines. The big pipes [the huge supergun barrel] were made in the UK and exported from here. Farzad even visited the factories in the UK where parts of the supergun were made.”

Less than a month after Bazoft was executed, British authorities seized in April of 1990 what they said they believed to be the barrel of a supergun. The BBC said it was thought the weapon would have a range of around 965 km (600 miles). The Iran-Iraq War ended any UK involvement in the project.

Bazoft’s mother told the Observer that she holds then-prime minister Margaret Thatcher responsible for her son’s death, saying the British premier and government did not intervene due to commercial concerns. After the reporter was killed, his family fled Iraq and settled in the UK, with all visa requirements immediately waived by the British government. 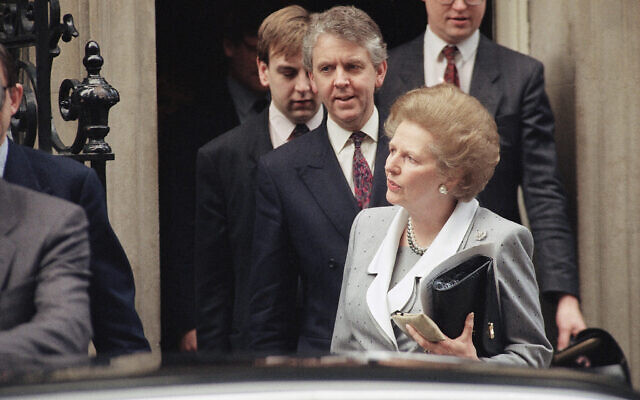 According to the report, some of those familiar with the events surrounding Bazoft’s death say he was in many ways a victim of unfortunate timing, with reports of the explosion at the Hillah military site beginning to emerge on the day he arrived in Iraq.

“He was a beautiful man, with beautiful eyes. And he always remained calm, even then,” his mother said.

Schumer seeks infrastructure bill passage ‘in a matter of days’