Source: AdobeStock / Gorodenkoff Crypto exchange Bybit has entered a multi-year partnership with esports team NAVI, with the exchange saying that this “marks the beginning of its foray into esports collaborations.” The deal is a perfect match, say the new partners, as both industries showed “transformative power” in a short amount of time. “I believe…

Crypto exchange Bybit has entered a multi-year partnership with esports team NAVI, with the exchange saying that this “marks the beginning of its foray into esports collaborations.”

The deal is a perfect match, say the new partners, as both industries showed “transformative power” in a short amount of time.

“I believe that this was bound to happen,” said Alexander Pavlenko, CMO of NAVI. “Cryptocurrency and esports have much in common: They are new, fast-growing and interesting to keep watch and learn. We […] want to represent the esports world to cryptocurrency enthusiasts as a point of their interest.”

Per the deal, the Bybit logo will be placed on NAVI’s jerseys, said the press release, adding that the partnership involves collaborations on charity initiatives, school and student projects, and anti-hate/anti-bullying campaigns. 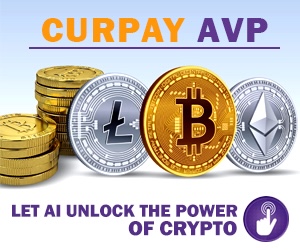 Bybit will gain greater visibility in the fast-growing demographics in sports and gaming, while the esports community will be introduced to “the endless possibilities” crypto could offer them.

Therefore, the sponsorship will feature financial education resources for those gamers who seek to diversify and invest in digital currencies, said Bybit.

“The sponsorship will put the Bybit name on the map in the esports space in a symbolic move to bring closer two creative communities that are shaping up to redefine finance and sports,” it said.

Cryptocurrency and esports have a lot in common, which is why we have partnered with @Bybit_Official, a fast-growin… https://t.co/PeSUrCiRva

Bybit “has in store a series of activations” meant to help NAVI fans test their competitive skills during the Bybit’s 2021 World Series of Trading (WSOT) crypto trading competition, with a prize pool of USD 7.5m. The event will also include “familiar names” from NAVI’s team.

Per the release, the NAVI (Natus Vincere) team has 46 players in 12 disciplines and academy, and has recorded a total of 247 awards since 2009. It has a fanbase of 18.4m, as well as nearly 600m cumulative video views on YouTube.

“Projected to become a billion-dollar industry in 2021, the esports sector is expected to welcome around 200 million new gamers by 2024,” said the press release, citing analytics firm Newzoo.

Meanwhile, Bybit saw more than 2.5m registered users from over 200 markets in three years. It also registered more than USD 1trn in total trading volume in the first quarter of 2021, said the exchange.

The exchange has more plans for further integration with the international esports community, they said, adding that more announcements on other partnerships and sponsorships will follow.

– Fan Tokens Spread to the Basketball Industry Too

Greg Sheridan’s faith moves mountains, but perhaps confession should be his next stop