September 4, 2021 | 5:45pm Enlarge Image Camila Cabello at the “Cinderella” Miami premiere. Getty Images Camila Cabello has revealed how lockdown helped her turn her life around after nine years of non-stop work left her “burnt out and broken.” The US pop superstar, best known for her hits “Havana” and “Senorita,” also paid tribute… 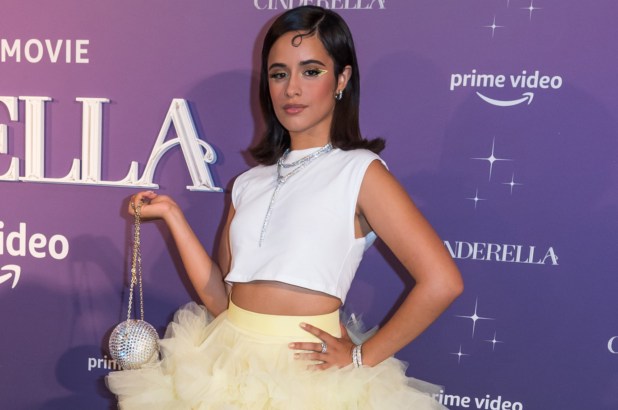 Camila Cabello has revealed how lockdown helped her turn her life around after nine years of non-stop work left her “burnt out and broken.”

The US pop superstar, best known for her hits “Havana” and “Senorita,” also paid tribute to her boyfriend Shawn Mendes, saying she has been able to lean on the singer in her darkest times.

In her most candid interview ever, Camila told us: “Before lockdown I was burnt out. I was living with a really high amount of anxiety. It was too much and it was not sustainable. I felt like I was running with a broken leg but I wasn’t really listening to how I felt.”

“I kept telling myself everything was good, ‘I should feel fine, I should feel OK.’ What I needed to do was say, ‘How do I actually feel?’ and letting that be OK. I needed to give myself permission to ask for help — because I needed help. I needed therapy.

“The pandemic gave me that pause to say, ‘Let’s not carry on running on this broken leg, let’s fix it.’

“In the past there were plenty of times when I’ve been working — not home or having any time for relationships, not having time to be healthy and happy — just working non-stop and not feeling good but doing it anyway. That’s something I would never do now. If I felt like that again, I’d just say, ‘Sorry, guys’.

The three-time Grammy nominee shot to fame in girl group Fifth Harmony on the US “X Factor” in 2012 before going solo in 2016.

And as her star continued to rise she supported Taylor Swift — who she now counts among her friends — on Taylor’s 2018 tour.

But Camila says the success came at a high price, revealing: “Anxiety is something I’ve struggled with since I was a teenager and so this has actually been a really positive time for me.

“I’ve learned a lot about balance, about saying no to things because it’s better for me to have that hour of therapy and see my friends. It’s about not allowing myself to get to the point where I’m burnt out.”

“In the past year I’ve got a new therapist, I’ve made a lot of progress and I feel so much better. I’ve been working at such an intense pace since I was 15, so I never got a chance to go, ‘Hey, what does living without this pressure feel like?’ I felt like I didn’t know until this break.

“I have definitely seen the benefits in my relationships too. In fact, that’s probably one of the most important things — having that stability and having time to deepen intimate relationships.”

Camila, who released latest single “Don’t Go Yet” last month, has been dating Shawn since 2019 when they released sexy duet “Senorita.”

Last month the rumor mill went into overdrive when Camila appeared on TikTok with new jewellery on her ring finger. But she insists a wedding is not on the cards … yet.

She added: “Shawn has been so supportive. He is someone I feel I can really trust.”

The feeling is clearly mutual, with Shawn saying of Camila in an interview last December: “She’s so absolutely patient with me, especially when I’m stressed or anything is getting to me.

“She’ll text me. And if I ever am being bitey with her, she’d be like, ‘It’s OK, I love you no matter what’. That’s real strength and patience and love.”

Camila’s third album is due later this year and she plays Cinderella in a Prime Video remake of the Disney classic, with a 2021 “girl boss” twist on the traditional heroine.

She said: “This Cinderella isn’t waiting for anyone to save her. She’s ambitious, empowered and there are no evil people in there, just people struggling with their own trauma and history.

“A lot of the older fairytales are written by men so they give an outdated perspective on a story where a woman is a protagonist. This is a necessary 2021 version of a fairytale.”

As The Taliban Move Through Afghanistan, U.S. Envoy Scrambles To Salvage Peace Talks