And how Michael Waldron and Mike O’Malley tried to be ”deft“ with all the wrestling lingo Starz (Spoiler alert: This story contains minor spoilers from Episode 1 of “Heels,” so stop reading now if you don’t want to know what happens.) “Heels” is a professional wrestling drama titled after what the sports entertainment business calls… 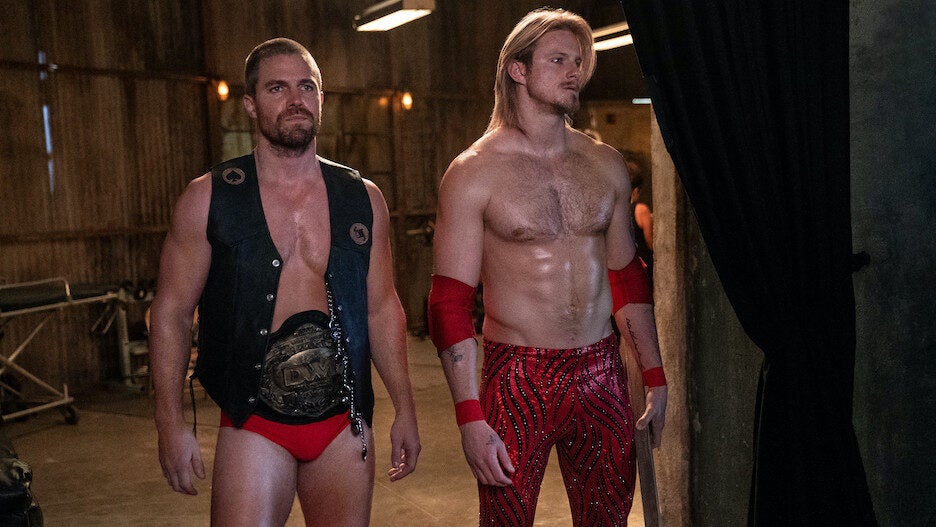 (Spoiler alert: This story contains minor spoilers from Episode 1 of “Heels,” so stop reading now if you don’t want to know what happens.)

“Heels” is a professional wrestling drama titled after what the sports entertainment business calls its bad guys — but is there an actual good guy to be found in either of the characters played by leads Stephen Amell and Alexander Ludwig?

“That’s the compelling question at the heart of the show,” creator Michael Waldron told TheWrap. “When things pick up, Ace (Ludwig) is the good guy in the ring, but maybe he doesn’t seem like such a great guy outside of it. Jack (Amell) is the bad guy in the ring, but is the father, the husband trying to make it work — he seems like maybe a decent guy outside of it.”

But: “As time goes on, though, you start to question, is that really it? Is that really the nature of the roles?” he continued. “And so, the duality of Jack and Ace, as writers, we were kind of always trying to pull a double turn here and there, wherever we could with those two, and let the audience constantly be asking the exact question … Who is the good guy? Who is the bad guy?” 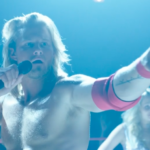 A “double turn” is another pro wrestling term, used when with one storyline, the babyface (good guy) turns heel (bad) and the heels turns babyface. The device is meant to be used sparingly and can be very effective.

Waldron, a life-long wrestling fan, knows and uses all the insider lingo — even as most of the episode titles for the first season. Should you not be as familiar with wrestling jargon, Waldron and showrunner Mike O’Malley are happy to exposit the information via their actors. They just try to do it selectively, which is not the easiest thing to do with this particular material.

“Oftentimes, the way that television shows do this, it’s the first day on the job and then the guy walks the person through,” O’Malley said. “And I think that we were trying to be a little bit more deft in that.”

“There’s a lot of people I screened the episode for, a bunch of friends who, you know, they weren’t wrestling fans. They didn’t know what a ‘valet’ was, by the way,” he told us. “It’s not a term that you hear often. And, you say, well, it’s his assistant. It’s like a magician’s assistant, you know what I mean? You say anything to get them to understand it.” 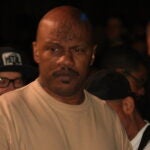 We’ll try to help with some of the background here.

Jack and Ace are brothers in the small town of Duffy, carrying the torch of their late dad Tom “King” Spade’s pro wrestling promotion, the DWL. Big brother Jack is the family man and the guy doing all the work to keep the Duffy Wrestling League afloat. He’s also the self-appointed champ. Ace is the former football star being courted by wrestling’s big leagues, but his immaturity (and Jack) keeps getting in the way of any real success.

There’s plenty of moral gray area among the Spades — outside of the ring, at least.

“It’s interesting because wrestling is so binary. You are good and you are purely good until you turn bad … and the audience hates you. They stop cheering for you and they start booing,” Waldron said. “Real life is so much more complex, it changes moment to moment, and you’re trying and I think that’s part of what our characters maybe struggle with is what happens in the ring is so much simpler.”

O’Malley, who in addition to his showrunning duties plays the owner and promoter of a DWL rival, has a few years and quite a few dozen TV shows on Waldron’s experience. Those layers on O’Malley’s IMDb page were only exceeded by the depth of his own answer on the subject of face vs. heel.

“I believe a good television show involves characters making choices that go against their better judgment sometimes,” the “Yes, Dear” star said. “If it’s done really well, you can see, emotionally, the consequences of those choices. So maybe you don’t do them in real life. That’s hopefully what we’re doing here.”

“Both of these men are struggling with who it is that they want to be and can who they want to be fit in the world of Duffy. And Jack is relying on Ace because Ace is such a spectacular performer,” O’Malley, who yes, is the guy from Nickelodeon’s “G.U.T.S.,” continued. 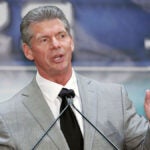 While he acknowledged that Jack is a heel “in the sense that he makes some choices that limits Ace’s opportunities,” O’Malley says the head of DWL’s creative direction is also just “a brother who really cares and understands that Ace has some growing up to do.”

And while Ace also behaves “in a terrible way” by the end of Episode 1, that “isn’t who he is,” O’Malley said, referring to the unplanned (by Ace, anyway), profanity-laced heel turn.

“He’s very reactive, instinctually, reflexively, to someone dissing him,” he added. “You can see why if you went out in the real world and behaved that way — the real world being the world outside of Duffy — he could really get his head taken off.”

The Lebanese Canary in the Identity Coal Mine

Vaccine disinformation and partisan politics are killing us — literally

What is the release date of Marvel’s Midnight Suns?

Patrick Mahomes was ridiculous for Chiefs against Vikings